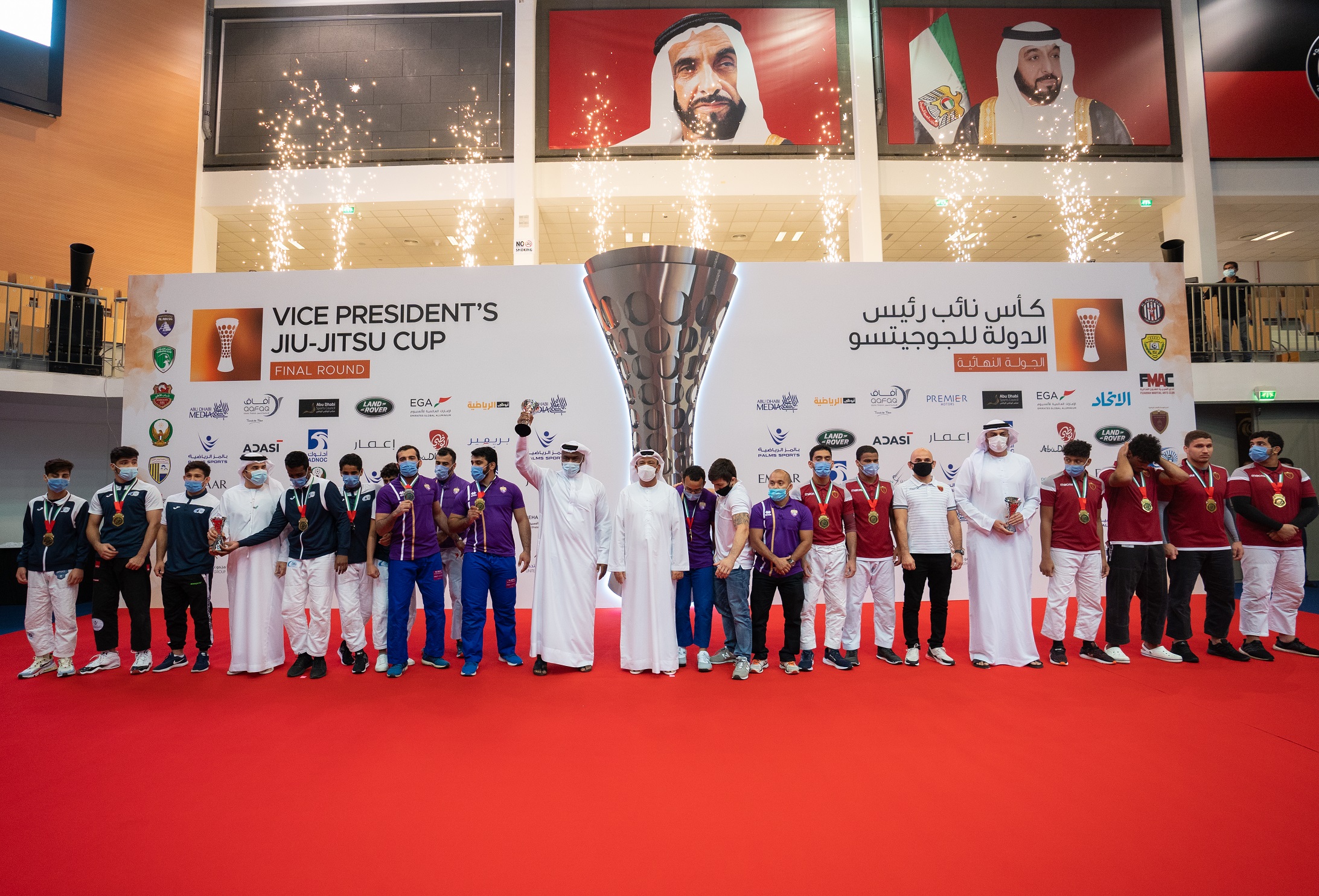 The third and final round of the Vice President’s Cup, conducted in strict adherence to local and federal health protocols, brought an end to the 2019-2020 domestic season of the UAEJJF and saw enthusiastic participation of some of the top jiu-jitsu clubs in the UAE.

Hazza Al Qubaisi starred in Al Wahda’s march to the youth title, recording a dominating victory in the 85 kg weight class over Al Ain’s Humaid Al Kaabi, said that he was grateful to the UAEJJF for the impeccable organisation and the chance to face-off against other elite athletes after a long break. “All of us have been training in our homes but the feeling of getting back on to the mat, the nervous energy that a competitive atmosphere brings is just something else.

I speak for the entire jiu-jitsu community when I say that I was desperate to get on to the mat. This tournament along with all the initiatives that the UAEJJF has taken over the last couple of months to ensure that fighters stay in touch with their beloved sport have been exemplary.”

Hamad Al Noaimi recorded an emphatic win over teammate Zayed Al Kaabi in the 110 kg class and credited the UAEJJF-organised series of camps for helping him prepare effectively and sharpen his skills before such a crucial tournament.

“I was part of the closed training camp that began in May and I have also attended the summer camp. Since May, we have been training regularly, getting access to spar with high-quality opponents at the camp, and work on our fitness under the supervision of experts.

All of these aspects have contributed to my victory today and I am really happy that I could come up with a win for my team and help in getting the trophy to Al Ain.”

Mubarak Al Menhali, technical director of the UAEJJF, said that the performances of fighters across categories in the concluding round of the Vice President’s Cup were encouraging and had provided the technical team with valuable data that would be employed to further improve fighters.

“We were all really pleased with the intensity and hunger that the fighters displayed on the mat today. These have been uncertain times for everyone around the world, but the jiu-jitsu community has rallied around itself and kept working, be it training from home or in closed training camps,” he said.

“The results of that focus were clearly seen on the mat today in the quality of performances. Doing well at such a prestigious tournament always provides a big boost to a fighter’s confidence and is also a sign that the developmental process that the UAEJJF has instituted is progressing in the right direction.”