BEST OF THE SEASON

The ranking is the fairest way of awarding the effort and the talent of each athlete that signs up to one of the UAEJJF tournaments throughout the year. It is also great incentive for more and more athletes to take part in as many events as they can.

THE UAEJJF RANKING PERIOD WILL BE IN GENERAL FOR 12 MONTHS, STARTING IN JANUARY 2021.

The points for each individual tournament will expire as follows: Points awarded based on players’ placement on the bracket as follows: 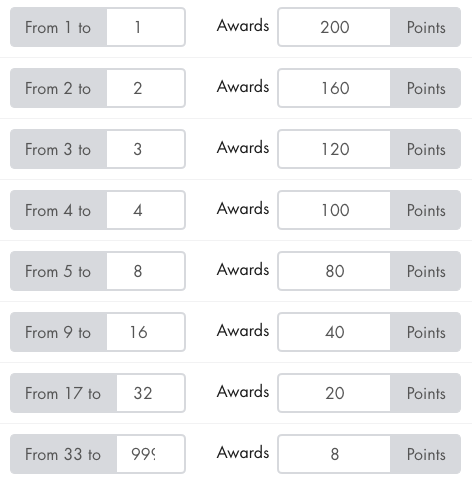 At the end of the Season, the men and women at the top of each AGE division rankings will become the champions of the season and win the prize.

At the end of the Season, the best clubs in each age division (U16 – U18 – Adults) will become the champions of the season and win the prize.

OBS: Men and women will sum points together for the club rankings

Fighters alone in a bracket will be moved to an upper division if a spot is available.

EXCEPTIONS WHERE POINTS WILL NOT BE GIVEN:

Exceptions where points will be given:

In case of equality of total Rank points, the higher ranking will be decided by: