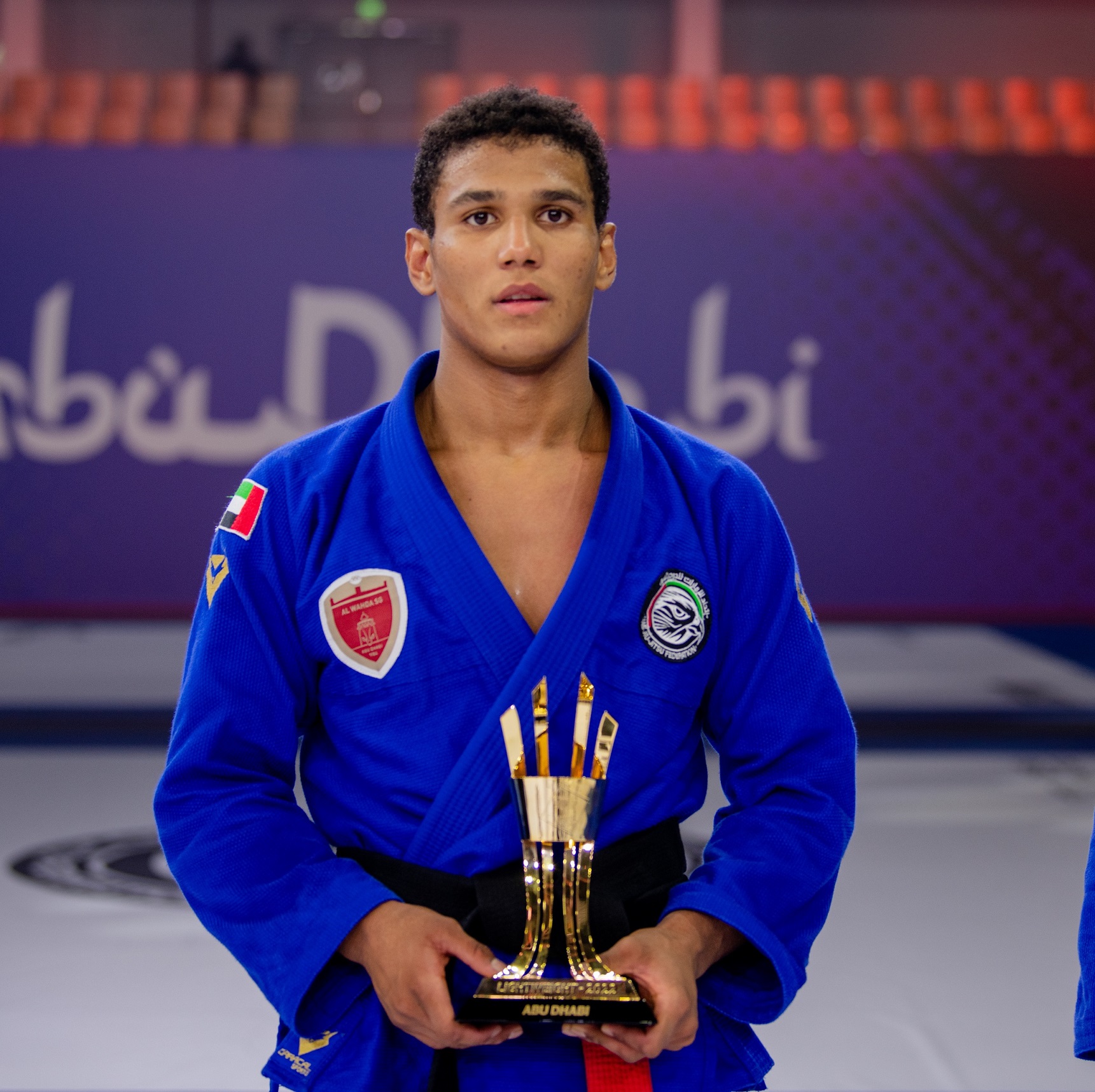 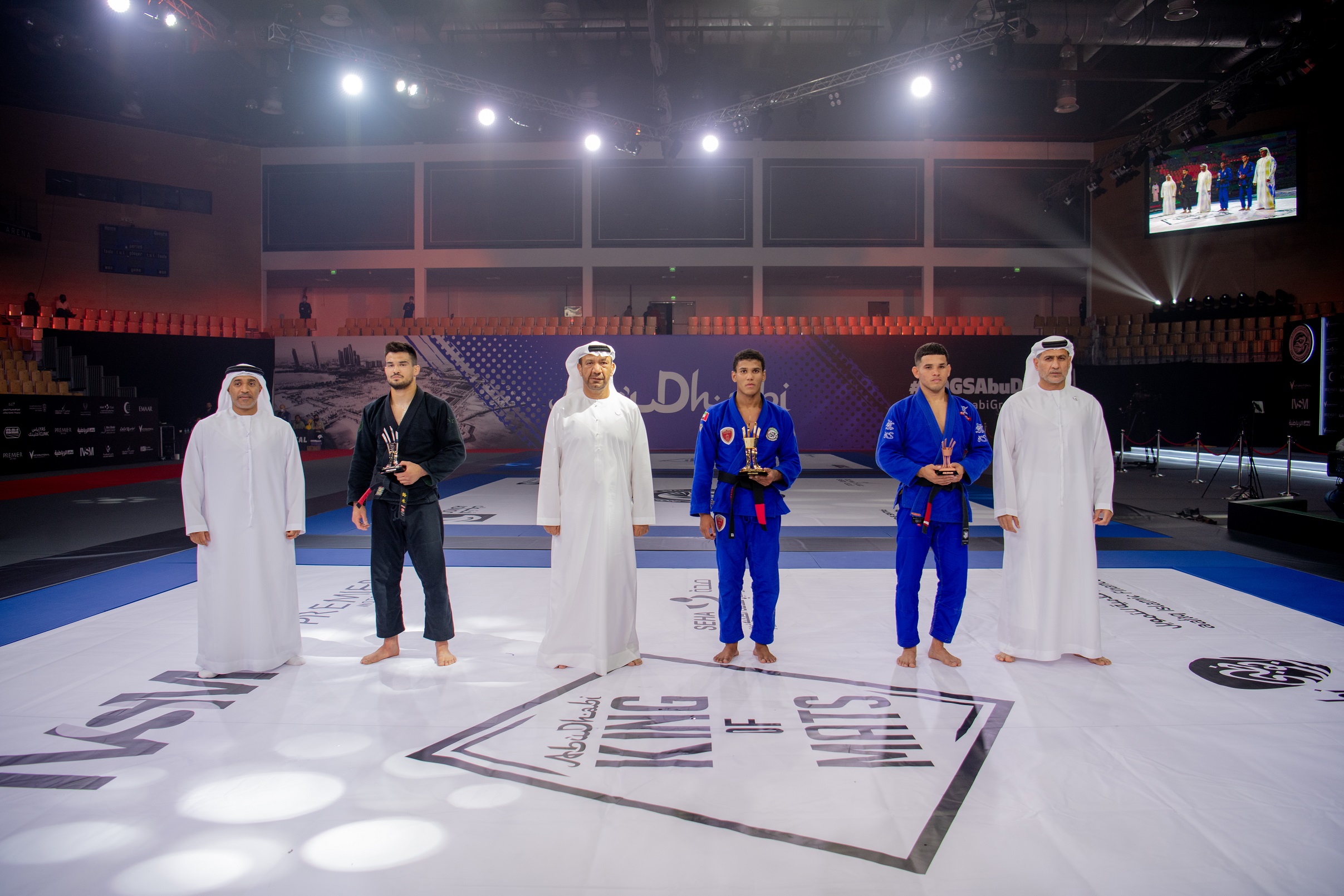 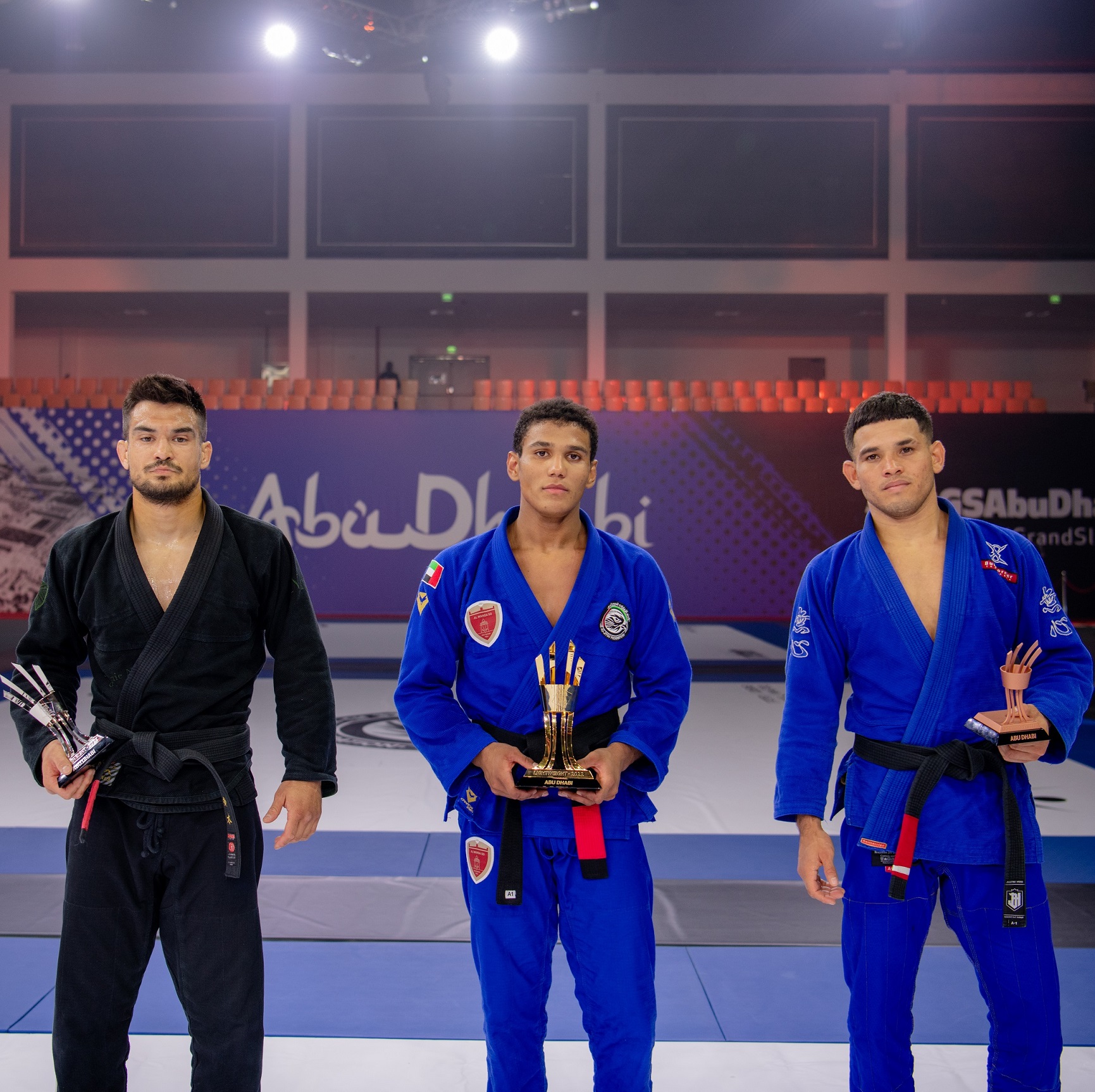 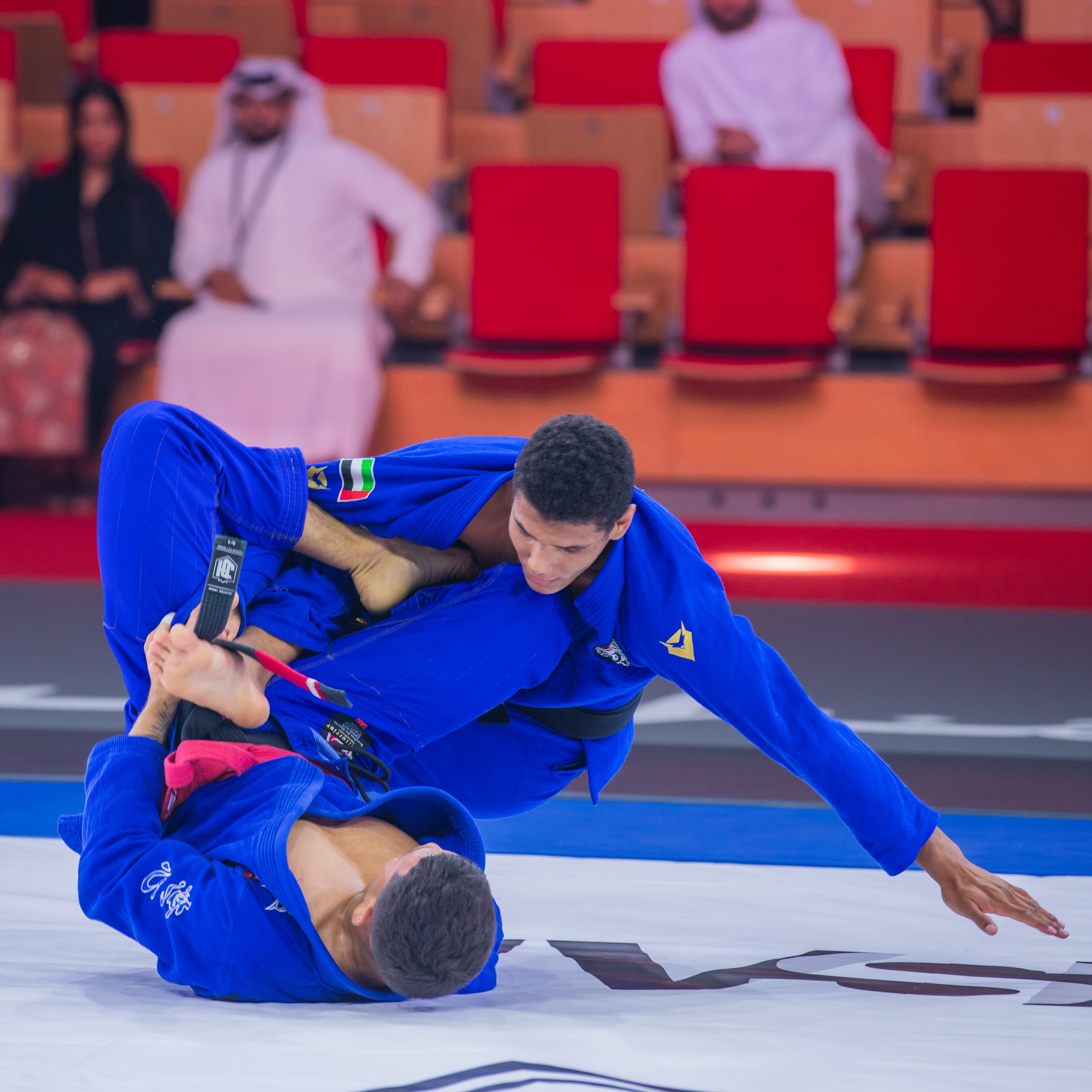 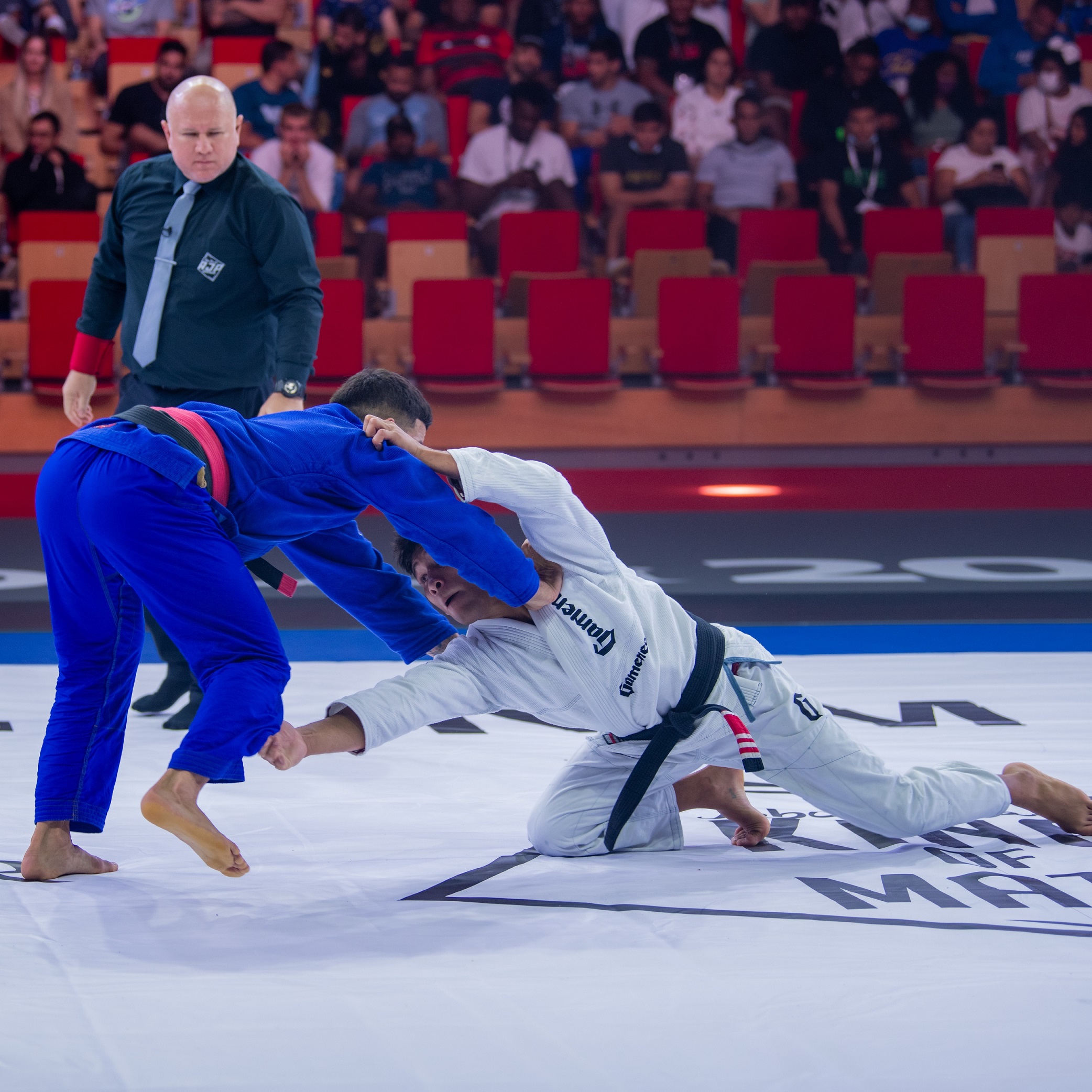 Abu Dhabi, May 7, 2022:  Capping an evening of furious fighting between world jiu-jitsu legends, Brazil’s Meyran Alves claimed the ‘King of Mats’ crown while his country dominated the Masters’ division of the Abu Dhabi Grand Slam World Tour finale. Colombia and the UAE settled for second and third place respectively.

On the second day of the three-day event, top-ranked competitors from across the world grappled for medals and points in front of a lively crowd of fans, friends, and family members at the Jiu-Jitsu Arena in Zayed Sports City.

“Such competitions help provide the ideal platform for Emirati players and help them reach their full potential,” he said.

Antonio Santana of the Roger Gracie Academy in Brazil added: “I am delighted to have earned gold in the Masters category. I’m happy that I was able to come here and compete in the Abu Dhabi Grand Slam. It’s one of the most important tournaments because it brings together multiple world-class athletes. Winning this medal adds to my experience and motivates me to work harder and compete in future events.”

Eloisa Crespo Perez of Spain, who won gold, said: “I am very satisfied with the results and all my hard work has paid off. This is my second time competing in Abu Dhabi and my next goal is to participate in the Abu Dhabi World Professional Jiu-Jitsu Championship.”

Emirati Saud Nasser Al Harthy of the A.F.N.T Academy, who earned silver in the masters division, added: “I intended for the gold medal in today’s contests and came close to it. I’ll keep practicing in order to win gold in future competitions.”

Historical participation by Omar Al Fadhli in King of Mats

“The ‘King of Mats’ tournaments has gained much popularity and prestige in the world of jiu-jitsu, especially with the growing demand for participation by the top players in the world. This is an unmissable opportunity for them to fight against the greatest in the world,” Tareq Al Bahri, AJP’s general manager, stated.

In turn, Alves, who defeated Doederlein to secure the title, said: “I am very happy with the title. It’s so overwhelming. I prepared in a special way to participate in this tournament and watched several videos of my fellow participants and focused on their weaknesses and strengths.

“I would like to thank everyone who supported me throughout the training and also the organising committee for such a wonderful experience.”