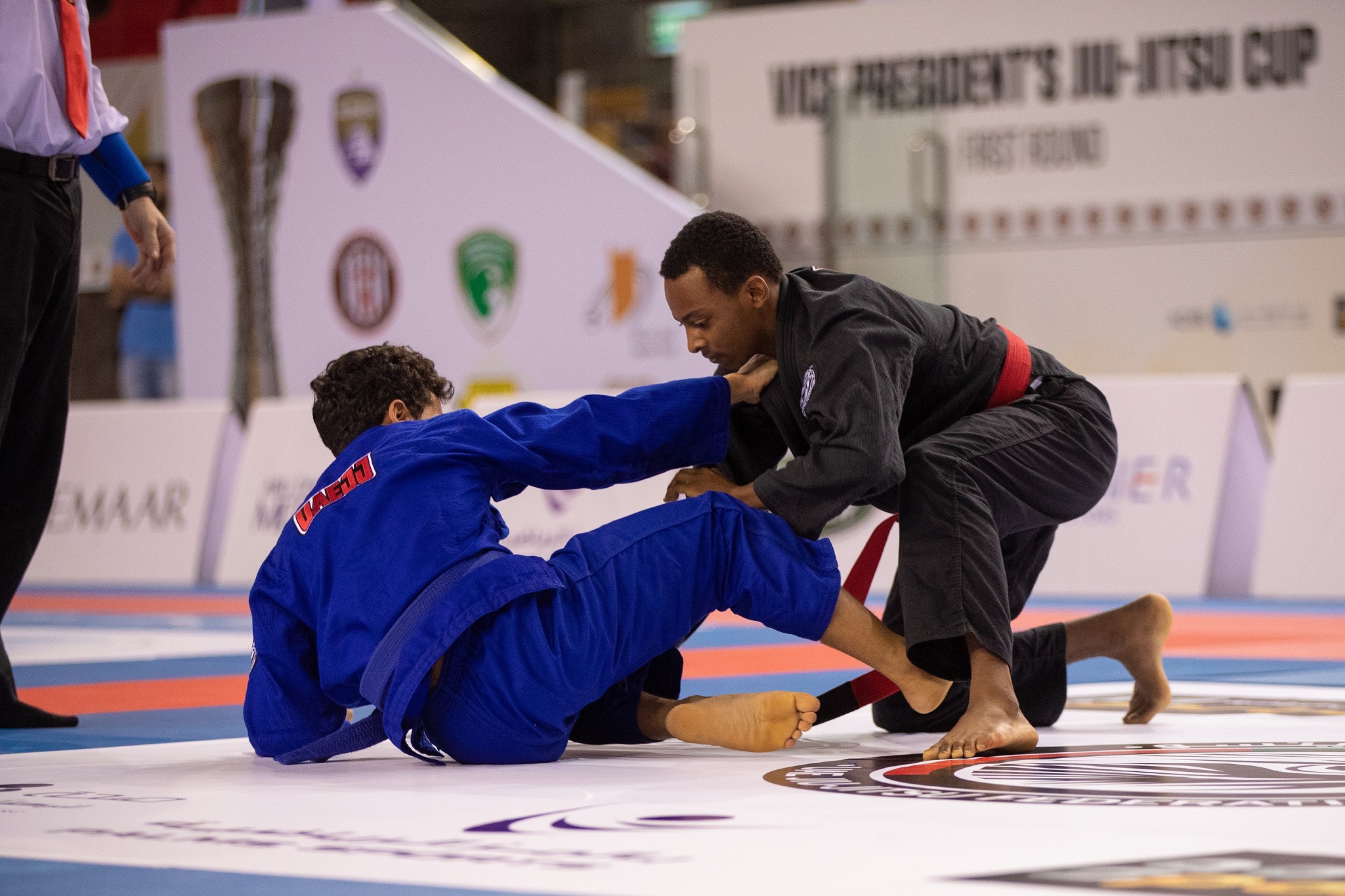 Abu Dhabi, 29 August, 2019: The opening event of the 2019-2020 UAE Jitsu-jitsu season is all set to be the perfect curtain raiser to what promises to be a thrilling campaign when 150 athletes take to the mats in the first round of the Vice President’s Cup Championship at Sharjah Sport Club this Saturday, 31 August.

The Vice President’s Cup Championship is a significant event, providing local sports clubs with the opportunity to compete to win one of the most prestigious national championships on the calendar.
A total of 16 clubs from across the UAE will be represented in gripping action across three age brackets categories – under 18s, Under 21s and over 21s – in the championship organised by the UAE Jiu-Jitsu Federation, the official governing body of the sport in the Emirates.
Competitors in the U18 division will compete in eight weight classes, from 46kg up to 94kg, while U21s and Over 21s will compete in their respective categories in six weight divisions, from 56 kg through to 110 kg. Matches will last up to four minutes each in the U18 category, five minutes for U21 competitors and six minutes for Over 21s.

The first round of the Vice President’s Cup Championship kicks off what organisers, the UAEJJF, believe will be a busy, ultra-competitive domestic campaign and continue to drive the growth of the sport following a successful summer of jiu-jitsu for the UAE national team which produced 11 medals – four golds, one silver and six bronze – as they finished top of the standings at the fourth Jiu-Jitsu Asian Championship in Mongolia.

“We are confident this season’s rich programme of events will grant the opportunity to the jiu-jitsu family to continue their learning journey to compete on the highest level on both the continental and global stages,” said His Excellency Mohammed Salem Al Dhaheri, Vice-Chairman of the UAE Jiu-Jitsu Federation (UAEJJF).

“Thanks to our wise leadership in the UAE who continue to support the sport of jiu-jitsu, the UAE national team was able to raise the UAE flag high in the fourth Jiu-Jitsu Asian Championship in Mongolia. Tournaments such as the Vice President’s Cup Championship will give competitors the perfect opportunity to practice and develop their game by measuring their performance to help them upgrade their skills.” added Al Dhaheri.

“The UAE Vice President’s Cup Championship is an important milestone in the busy sporting season and is part of the Emirates Jiu-Jitsu Federation’s efforts to establish the presence of this noble sport in the UAE community and to strengthen the country’s position as a home for jiu-jitsu globally.” continued Al Dhaheri.

Following on from the first round on Saturday, the second and third rounds of the Vice President’s Cup will take place on 13 December in Fujairah and on 13 March, 2020 in Dubai.

Points accumulated in each of the three rounds will count towards end-of-season totals. The Championship winners will be announced after completion of the third round in March.
For more information on the championship, the season or how to get involved in the sport, visit www.uaejjf.com