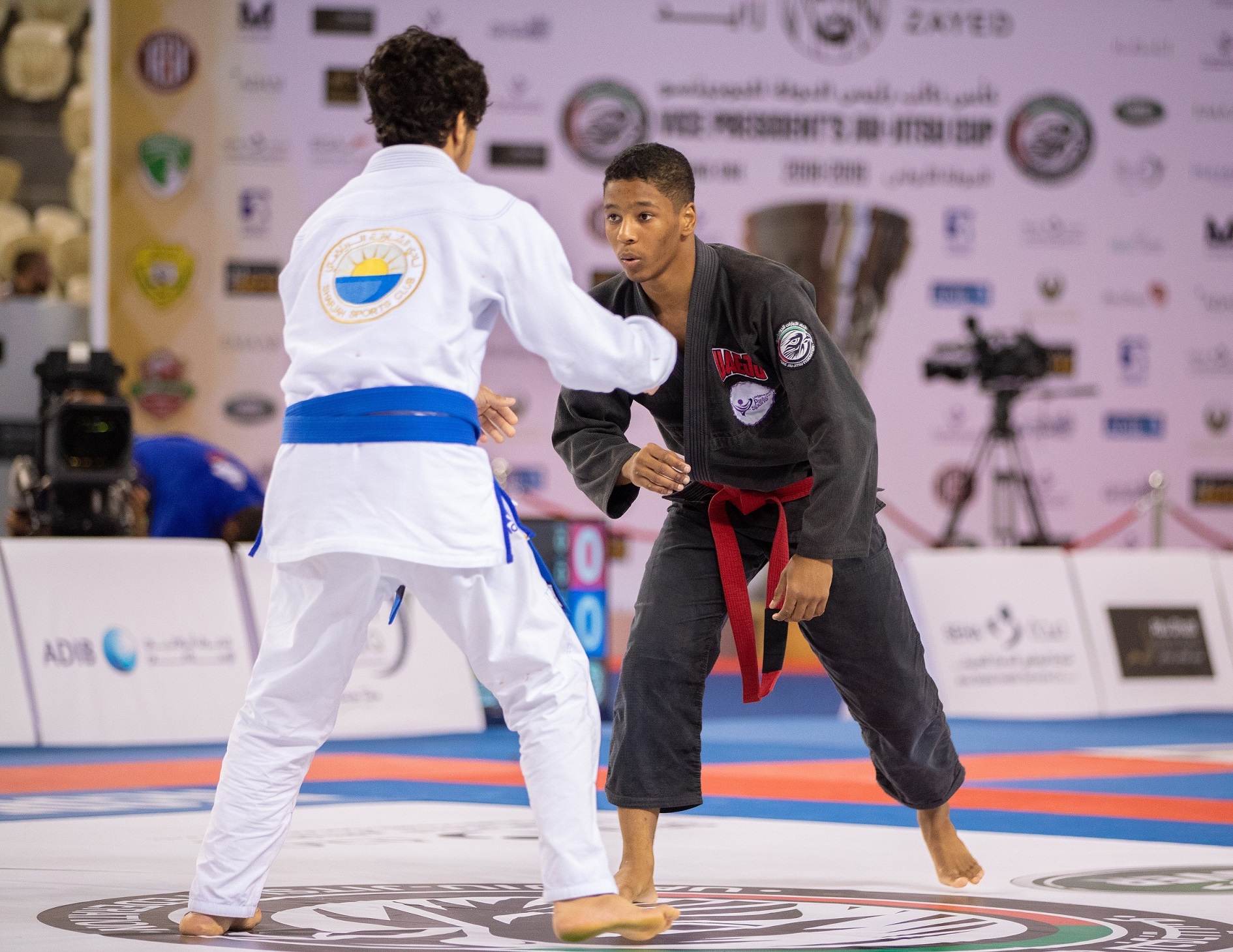 FIRST ROUND OF VICE PRESIDENT’S CUP CHAMPIONSHIP STARTS ON SATURDAY

Abu Dhabi, 30 August, 2019: The UAE Jitsu-jitsu season 2019/2020 begins on Saturday, 31 August when 150 athletes from 16 clubs take to the mats for the first round of the Vice President’s Cup Championship at Sharjah Sport Club.

Organised by the UAE Jiu-Jitsu Federation, the official governing body of the sport in the Emirates, The Vice President’s Cup Championship is one of the most prestigious and lucrative national championships on the calendar. First-round action gets under way at 11am across three age brackets categories – Under 18s, Under 21s and Over 21s.

The Under 18s division will see matches in eight weight classes, from 46kg up to 94kg with each match lasting four minutes, while U21s and Over 21s will compete in their respective categories in six weight divisions, 56 kg through to 110 kg, with matches lasting six minutes.

For more information on the championship, the season or how to get involved in the sport, visit www.uaejjf.com