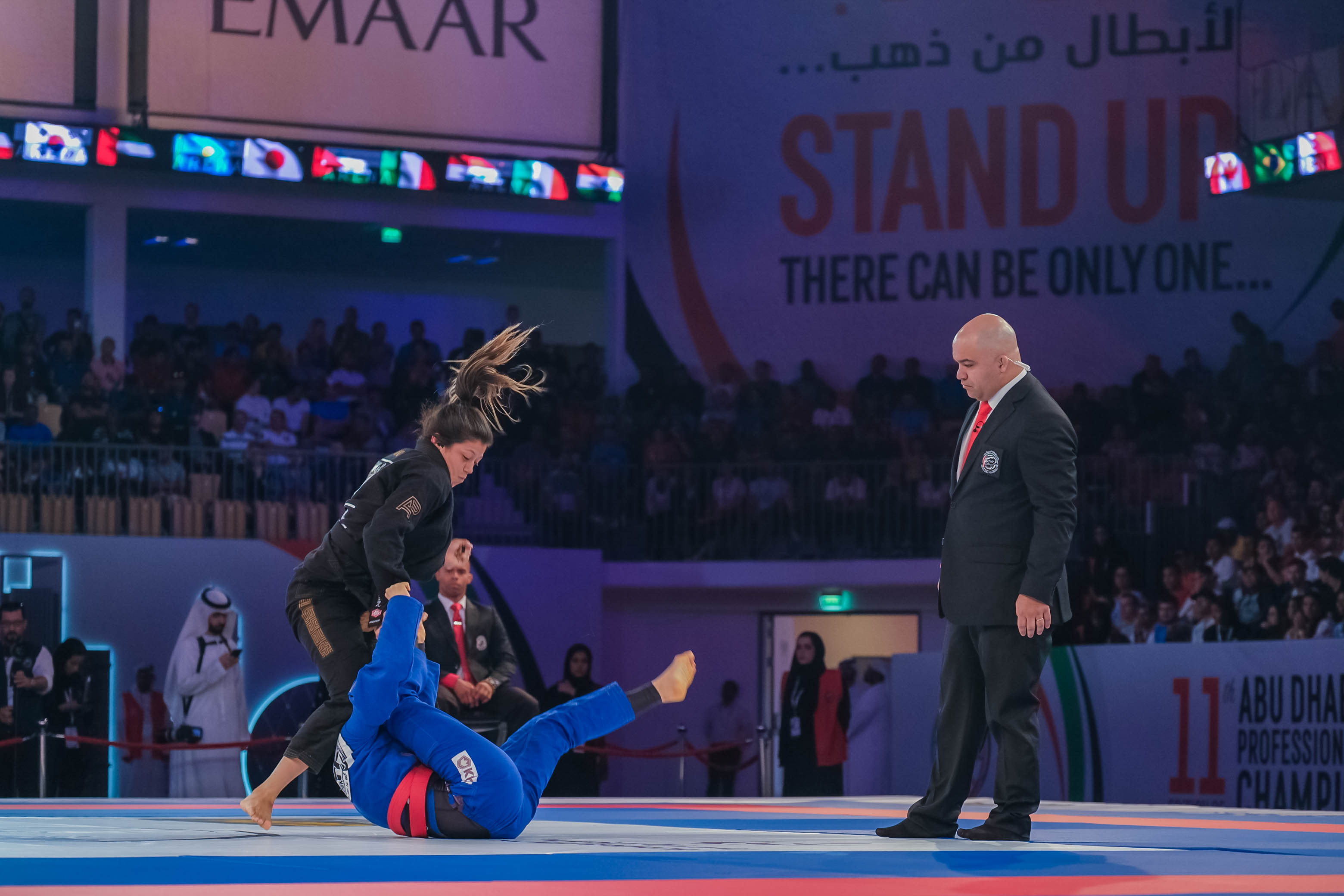 INTERNATIONAL STARS EXCITED TO RETURN TO THE MATS AT ADWPJJC 2020

Largest and most prestigious event on the global jiu-jitsu calendar, returns for its 12th edition at the Jiu-Jitsu Arena with registrations open at www.uaejjf.com

Abu Dhabi, UAE – August 19, 2020: Excitement at getting back on the mat and competing at the largest and most prestigious event on the global jiu-jitsu calendar is running high amongst international stars as they ready to put the final touches on their preparation for the 12th edition of the Abu Dhabi World Professional Jiu-Jitsu Championship (ADWPJJC) 2020 to held at Abu Dhabi’s Jiu-Jitsu Arena from November 18-21.

Joao Sousa, winner of the gold medal in the 62 kg category in the 2019 edition, said that he was glad that this year’s edition of the ADWPJJC would be going ahead and he was looking forward to competing in Abu Dhabi. “The ADWPJJC is the biggest show in the season and one tournament that I simply do not miss.

The quality of the athletes is excellent, the event is very well organized, and it is a tournament where you can really test yourself against the best in the world,” he said.

The UAE Jiu-Jitsu Federation (UAEJJF) had pioneered a return to live competitive sport in the Middle East in May with a closed training camp and two competitions for the country’s elite athletes, and since then has held several competitions that are an integral part of the domestic jiu-jitsu season.
The ADWPJJC 2020 will take place in strict adherence to stringent local and federal health and safety guidelines with the wellbeing of athletes, officials, and support staff being the top priority.

The 23-year-old black belt from Brazil said that he was very pleased with the UAE Jiu-Jitsu Federation’s (UAEJJF) commitment to organise the 2020 edition of the prestigious Championship, even as live sport continues to reel under the devastating effects of the COVID-19 pandemic.
“The UAEJJF are very serious about the sport and this is a big sign of hope for all international athletes. They (UAEJJF) have already organised a few domestic tournaments successfully and I am confident that the ADWPJJC will also be held in its trademark style.”

Echoing Sousa’s view is another Brazilian, Gabrieli Pessanha, a decorated fighter who put on a dominating display at the 2019 edition to clinch top spot in the 90 kg category. “Winning the gold medal in 2019 was very special and I want to do it again at a tournament as prestigious as the ADWPJJC.

This the best championship to test yourself again the best fighters from all over the world, and I love competing in Abu Dhabi,” said Pessanha, who at 19 is one of the sport’s youngest black belts.

As international stars look forward to descending on the UAE’s capital for the showpiece event, homegrown stars also finetuning their preparations for what will be the highlight of the year for the jiu-jitsu community.

Noor Al Harmoodi won a silver medal in the 70 kg category at the 2019 edition and the 27-year-old has said that the urge to go one step higher on the podium has pushed her to ensure she leaves no stone unturned in her preparations for the ADWPJJC 2020.

She said, “This tournament is very special for the jiu-jitsu community, and especially for us UAE fighters. We get the chance to fight against the best in the world at home and doing well on mat at the ADWPJJC is hugely motivating. Ever since the UAEJJF announced that the championship would be held in November, I have stepped up my training and I am really looking forward to getting on the mat and giving it my all.”

Fighters competing in the weight classes across the Masters category will take to the mats on November 18 while the Professionals will battle it out for glory from November 19-21. Registrations for the Masters and Professionals categories are open at www.uaejjf.com.