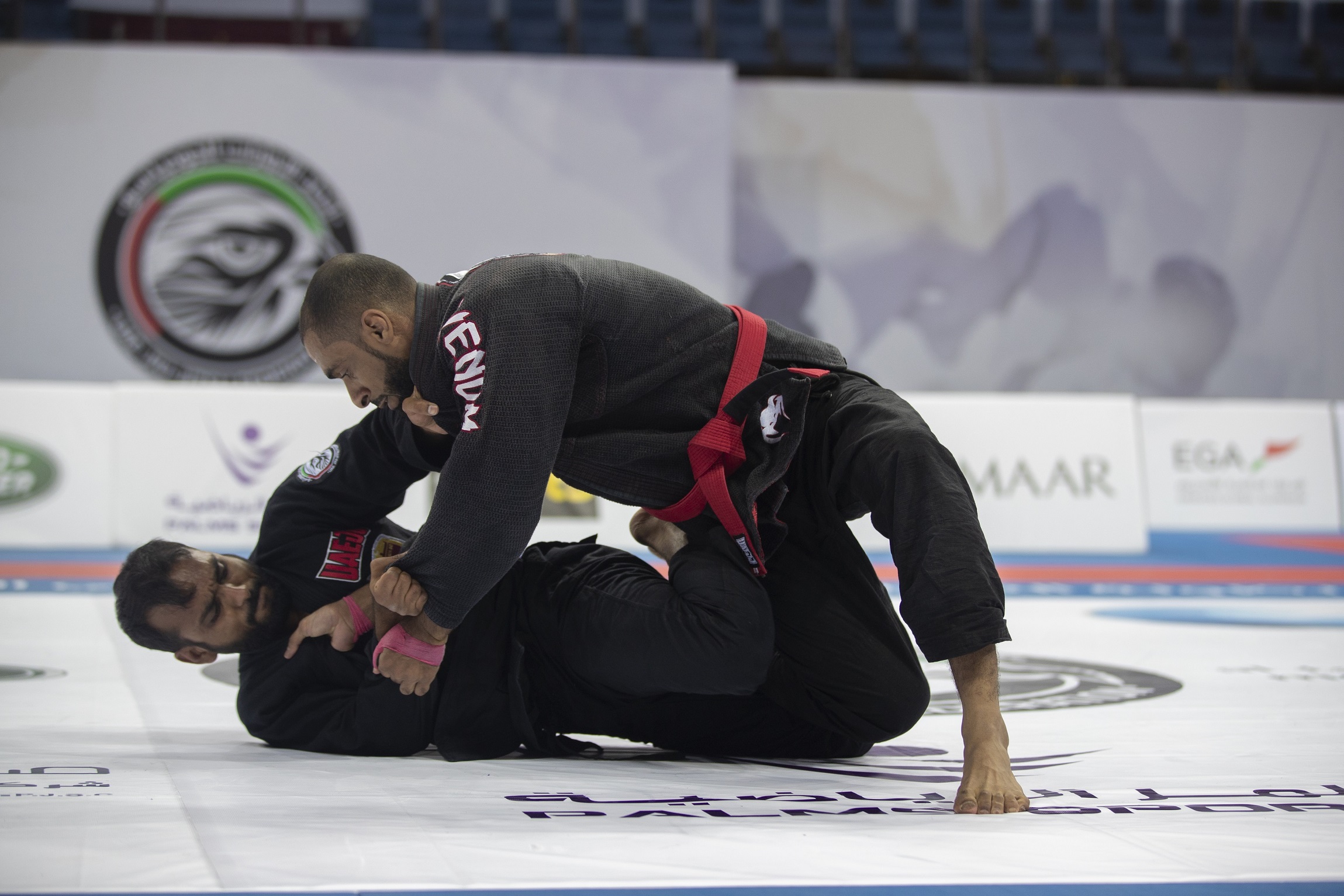 First stop for professionals on the 2019-2020 calendar is held under the patronage of His Highness Sheikh Mohammad bin Hamad bin Muhammad Al-Sharqi, Crown Prince of Fujairah and Head of Fujairah Martial Arts Club Championship will welcome professional players from 54 countries

ABU DHABI, 03 OCTOBER, 2019: Professional jiu-jitsu athletes from around the world will gather in the northern emirates this weekend for the 6th edition of the Fujairah International Pro Jiu-Jitsu Championship, held under the patronage of His Highness Sheikh Mohammad bin Hamad bin Muhammad Al-Sharqi Crown Prince of Fujairah and Head of Fujairah Martial Arts Club, at Zayed Sports Complex on Friday 4 October.

The much-anticipated Fujairah Pro is the first stop on the 2019-2020 jiu-jitsu calendar for professional players and the event has attracted athletes from 54 different countries. The one-day mega jiu-jitsu event will see female and male Juveniles (Under 18s), Adults (Over 18s) and Masters (Over 30s) taking to the mats in five belt divisions.

Juveniles will compete in white and blue belt, while Adults and Masters will contest in white, blue, purple, brown and black belts, with experienced UAEJJF referees presiding over each match.
“The Fujairah International Pro Jiu-Jitsu Championship is one of the key championships that align with the UAEJJF’s mission to reinforce the country as the global home of the sport by continuing to attract elite professional players seeking to enhance their ranking and elevate their jiu-jitsu careers,” said Mr. Youssef Al Batran, UAEJJF Board Member.

Al Batran expressed his appreciation on behalf of the UAEJJF family to His Highness the Crown Prince of Fujairah for his continuous support of the sport, which is evident in the important role that the Fujairah Martial Arts Club takes for Jiu Jitsu both locally and on the international stage.

The tournament will coincide with another important milestone as the UAE’s first astronaut, Hazzaa Al Mansouri, returns to Earth. Al Mansouri is an inspiring role model for the youth of the country and his journey to space is a source of real pride for the nation. The UAEJJF celebrated his arrival at the International Space Station during the The Tolerance Jiu-Jitsu Championship last week.

The Fujairah Pro is seen as a major milestone for many Jiu-Jitsu athletes, attracting many of the best from the local and global community. Amongst those taking to the mats this weekend is Wadeh Al-Yafie, 49, a gold medalist at the third round of the 4th Grand Slam Los Angeles last month and outstanding UAE Jiu-Jitsu talent.

Commenting on his participation, Sousa said: “I am honored to be present at the Fujairah International Pro Jiu-Jitsu Championship as it is one of the most important tournaments and has become linked to the development of jiu-jitsu in the UAE. The tournament contributes to the development of different strategies for athletes and is also important when it comes to player rankings.”
Edison also commented: “The Fujairah International Pro Jiu-Jitsu Championship is an ideal platform to identify the level of jiu-jitsu players at the beginning of the season.

It will enable athletes to work hard and ensure the best results in the upcoming tournaments. The championship comes at a time when the popularity of jiu-jitsu is rising among UAE youth. The UAE represents the future of jiu-jitsu in the region and world.”

Points gained by the athletes at the Fujairah Pro will go towards end-of-season honours, offering them a chance to improve their rankings.
Rosalinda Ferreira from Brazil, referees’ coordinator for the tournament, praised the remarkable development of jiu-jitsu in the UAE and the international tournaments organised under the umbrella of the UAEJJF. Rosalinda said: “It is important for the sport in the region to host an event like this with so many elite local and international athletes.”

The UAEJJF is thankful for the steadfast support of the sponsors and supporters of local and international Jiu-Jitsu championship.