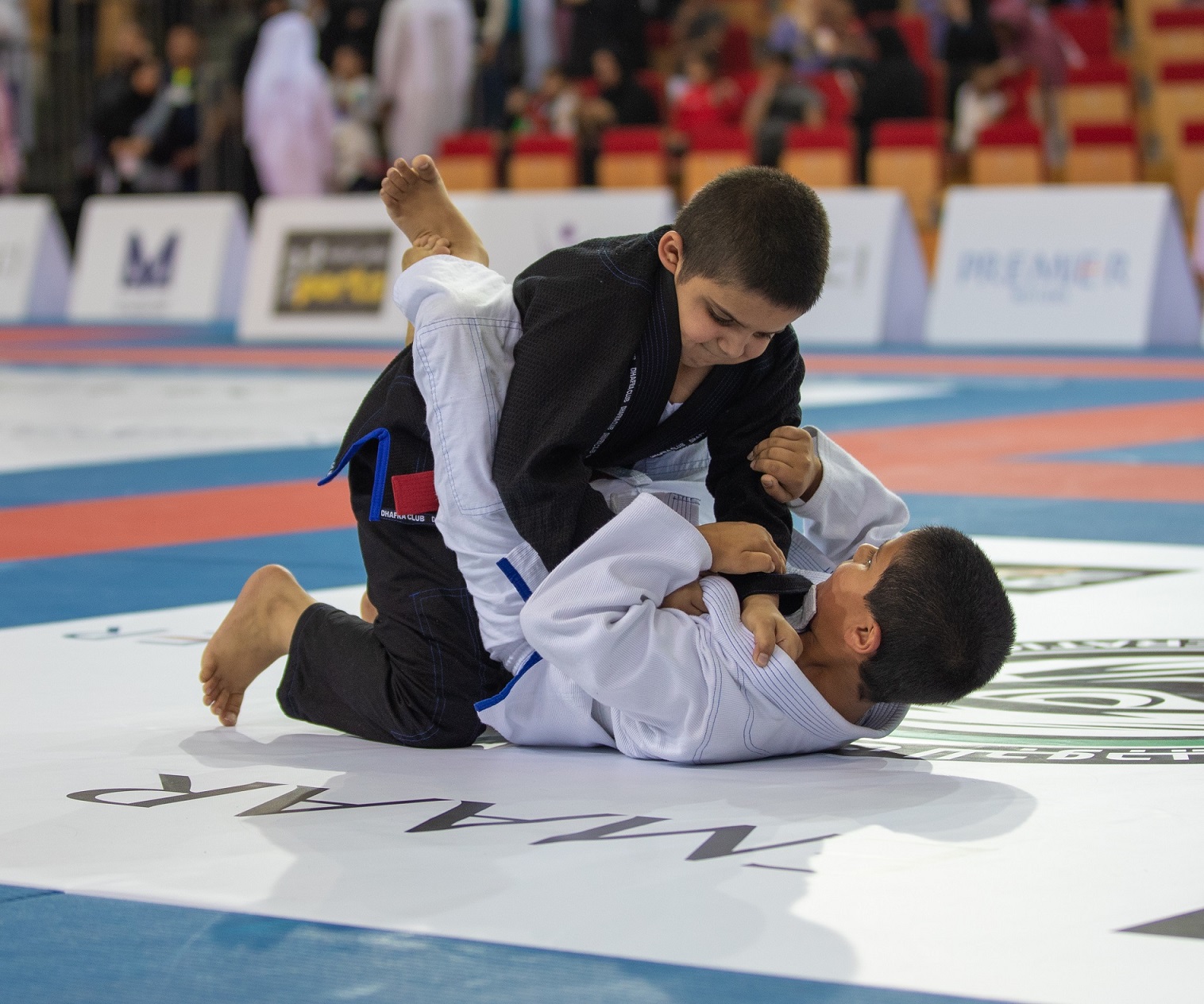 Youngsters from more than 35 different countries set to fly the flag in A l Ain , at inaugural Tolerance Jiu – Jitsu Championship

Youngsters from more than 35 different countries set to fly the flag in Al Ain, at inaugural Tolerance Jiu-Jitsu Championship
Three-day event offers competitive action for boys and girls aged four to 17
Abu Dhabi, UAE,
22 September, 2019: The next generation of Jiu-Jitsu talent will be out in force for the Tolerance Jiu-Jitsu Championship, with young athletes representing 38 countries and 88 clubs taking part in the inaugural under-18 championship which has been created and organized by the UAE Jiu-Jitsu Federation, the official governing body of the sport in the UAE, to celebrate the Year of Tolerance.

The brand-new, three-day event will be hosted at the United Arab Emirates University in Al Ain (UAEU) from September 26-28. The tournament is open to both boys and girls youngsters aged between four to 17.

His Excellency Mohammed Salem Al Dhaheri, Vice Chairman of the UAEJJF, said: “The championship is an important addition to the UAE Jiu-Jitsu season as it offers a wonderful opportunity for the development of our younger athletes.

The event will allow them to enjoy a competitive tournament, to hone their skills and also to learn from other athletes around them.

“The UAE Jiu-Jitsu Federation is proud to see so many youngsters signing up for this tournament, and high levels of male and female participation is particularly pleasing.

The whole three-day experience will help to educate the new generation on the core values of loyalty, justice, serenity, humility, self-confidence and respect, important values both in terms of the individual and the wider community.

“The registration for the event is now closed, with the event at full capacity. We are confident that the competition will unveil outstanding talents, confirming the importance of such tournaments.
“The event is also of real importance because it also teaches athletes about tolerance, and how the UAE promotes an environment of openness, respect and coexistence. The core values of Jiu-Jitsu undoubtedly tie in with the UAE’s approach to tolerance and its call for all to accept the values of tolerance in all aspects of their lives, actions and activities.”

The tournament will include bouts from athletes with different body types and languages, which will personify cultural differences. This will portray a mutual respect among the competitors highlighting the values of the UAE’s “Year of Tolerance”.

There are nine weight categories with bout times running from four minutes for Juveniles, through to three minutes for Teens, Juniors and Infants, and two minutes for the three Kids categories.

The UAE’s youngsters made international headlines recently at the World Youth Cup and the Balkan Youth Championships held in the Romanian capital of Bucharest. The Under 18s finished top of their standings with 13 medals – seven golds, four silvers and two bronze – while the Under 16s claimed five gold, three silver and a bronze in their nine-medal haul.