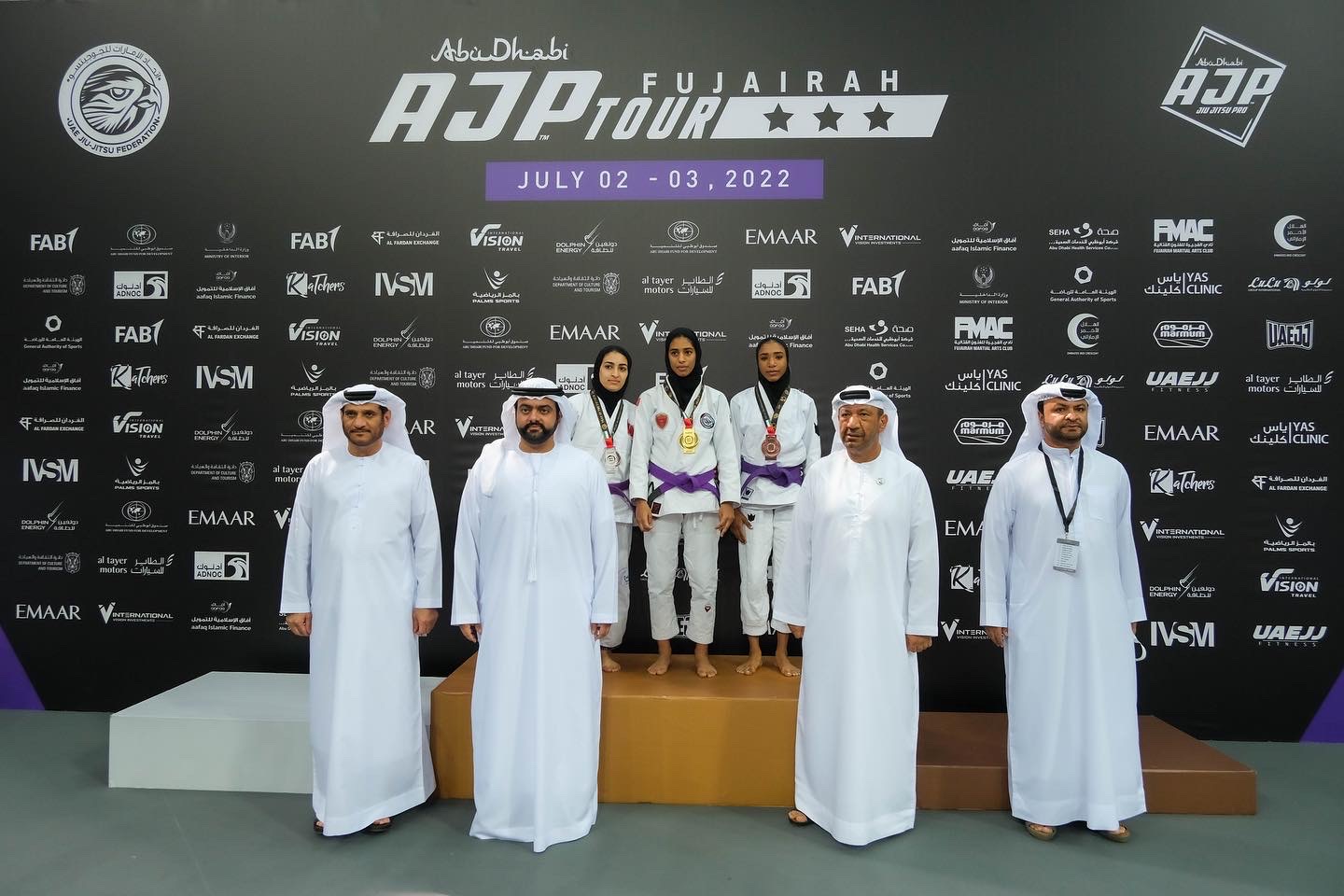 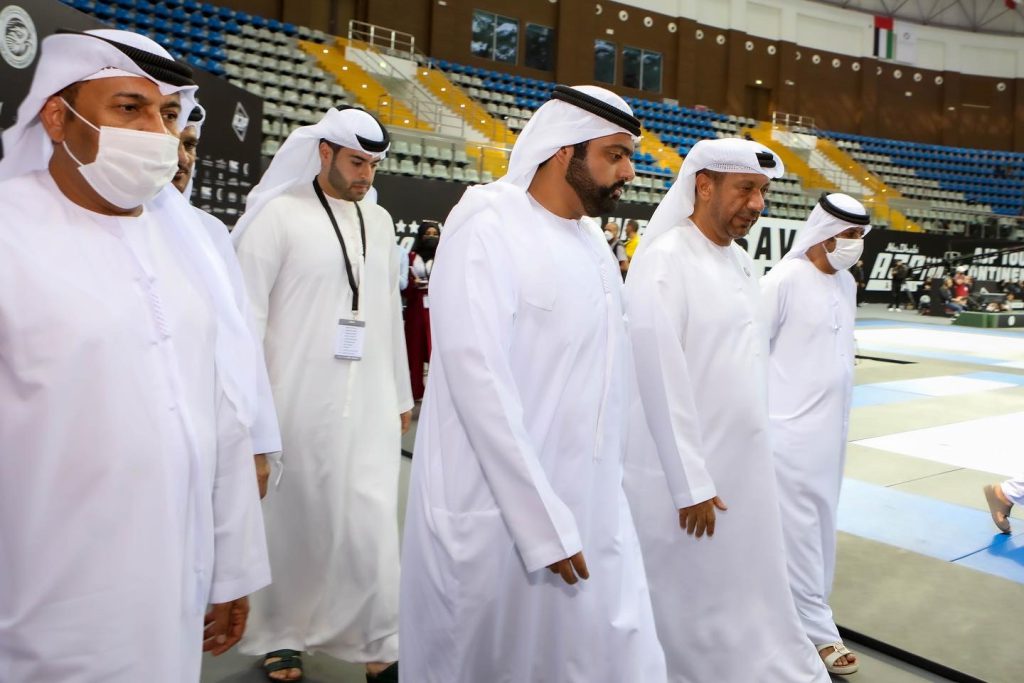 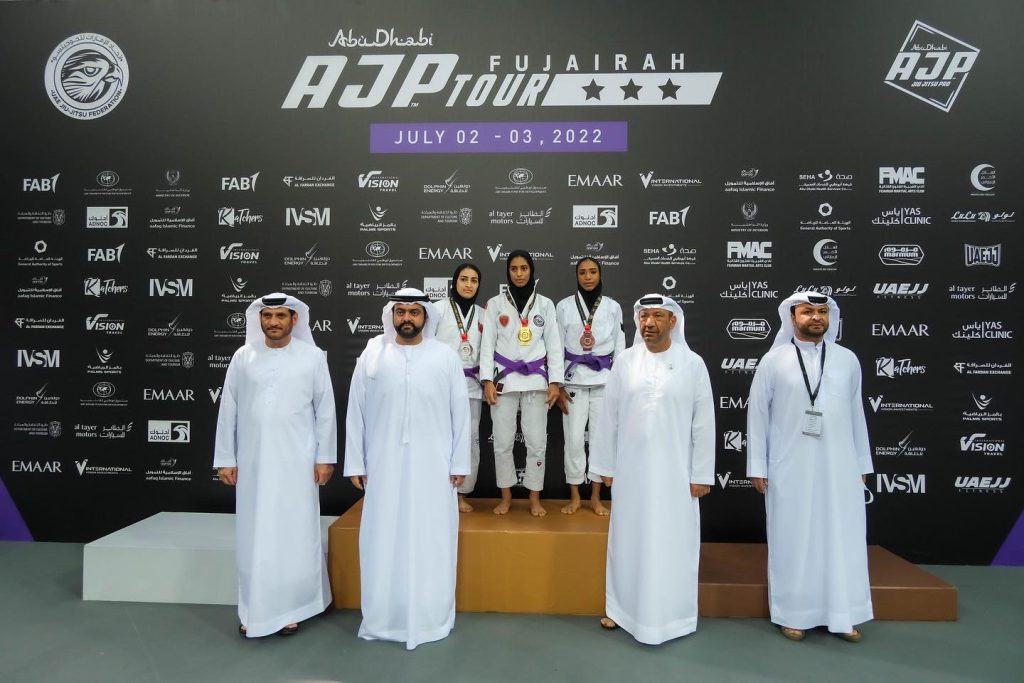 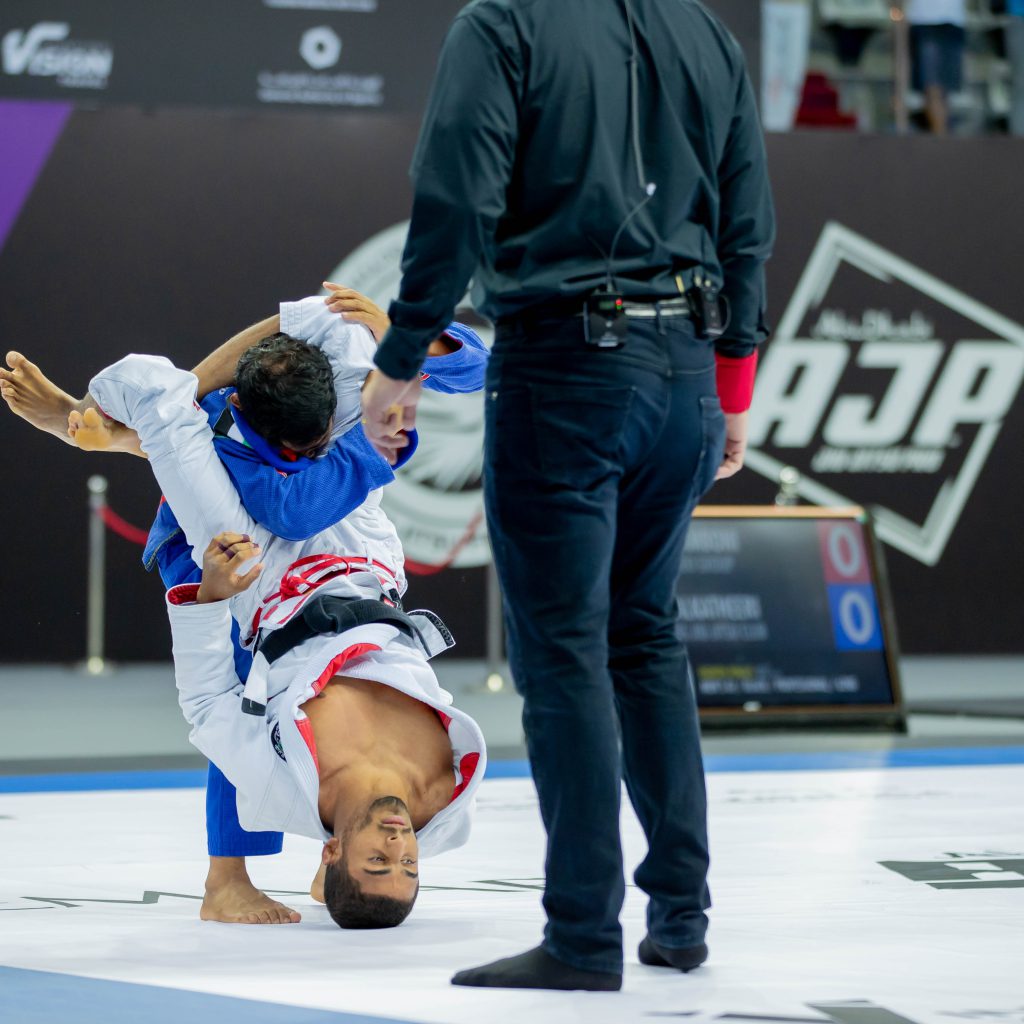 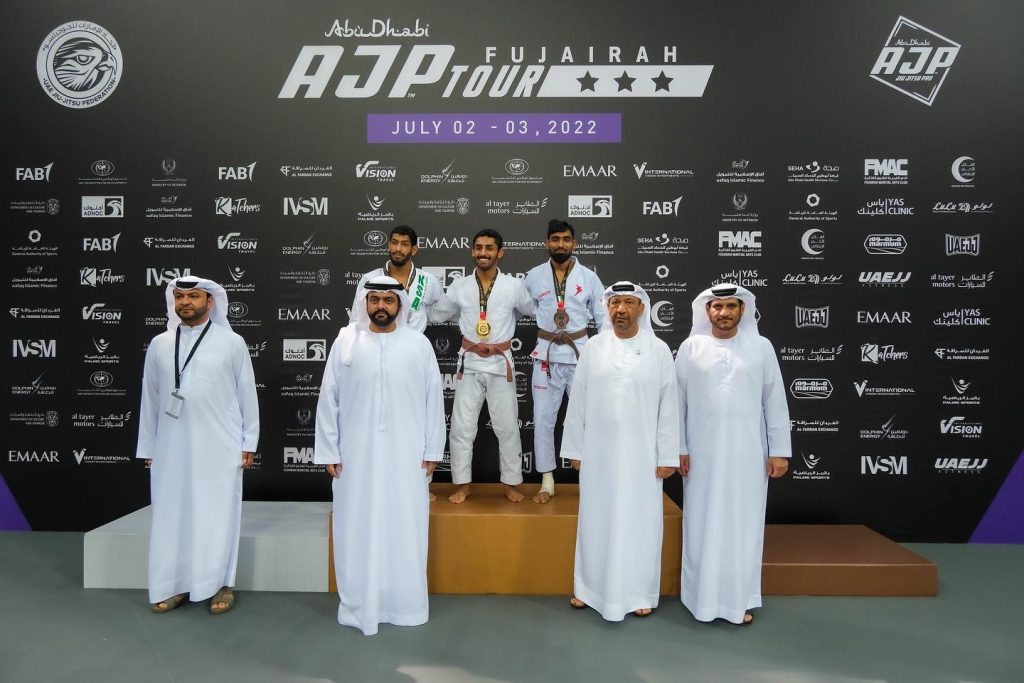 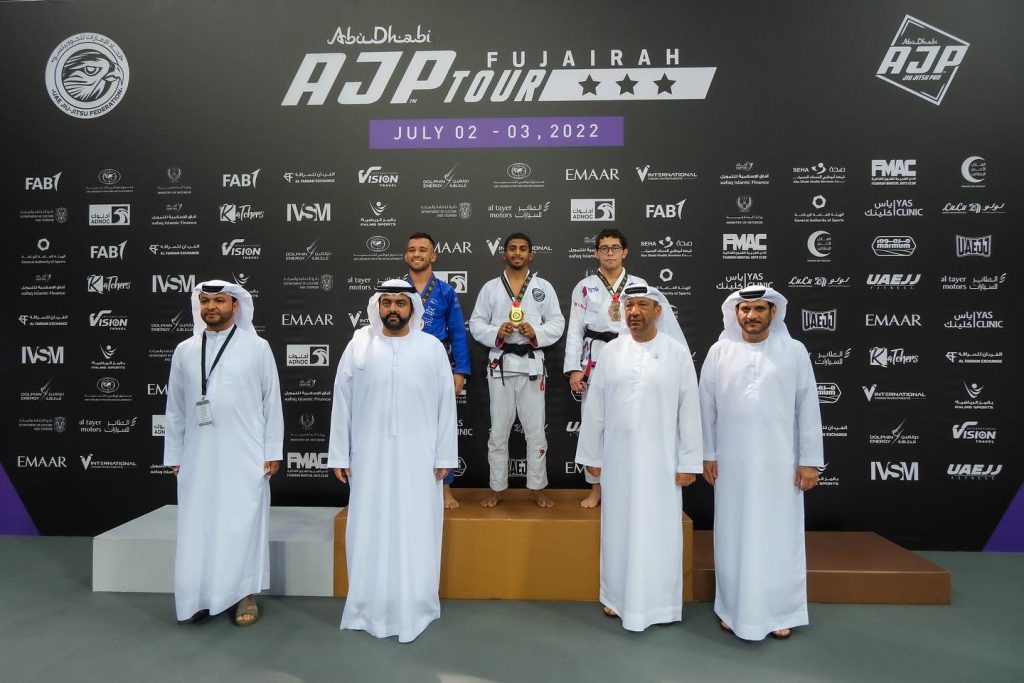 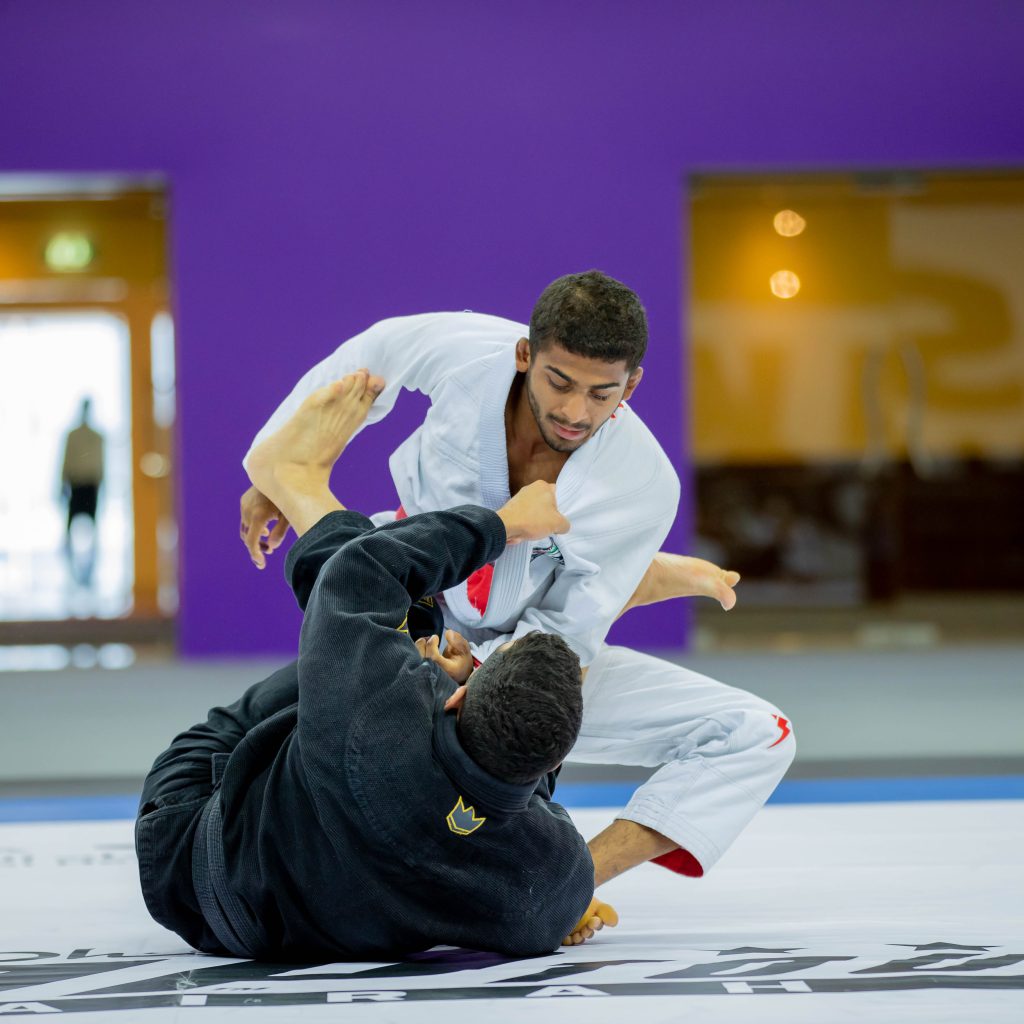 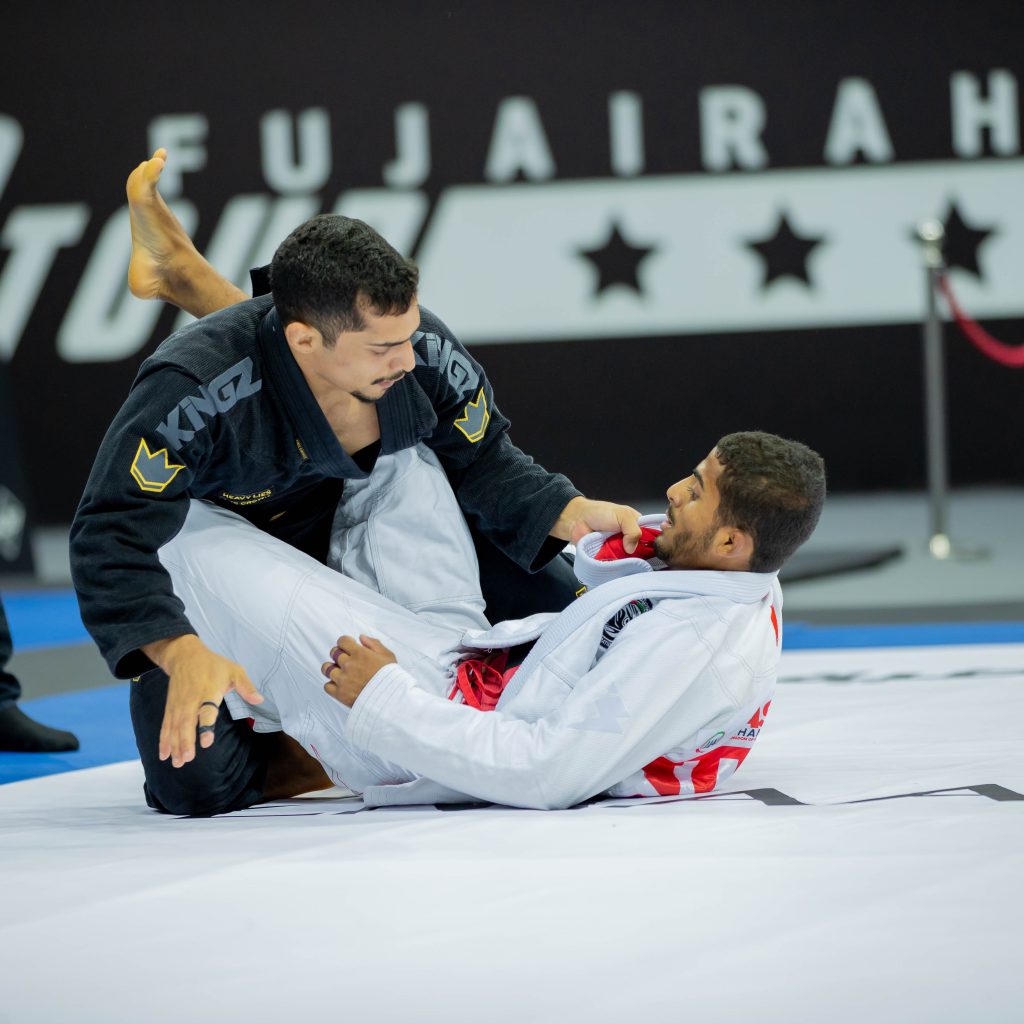 Commando Group took the top position with AFNT and Sharjah Self-Defence Sports Club coming second and third respectively after two days of gripping competitionEmirati Al Kathiri grabs the gold medal in his first official participation in the black belt division, beating Brazilian Bruno Borges in a match that stoked the passion of spectators

Fujairah, July 3, 2022: The AJP Tour Fujairah International Pro Championship came to a stunning conclusion on Sunday with the UAE taking home the most medals courtesy of excellent performances across the Amateur and Professional divisions. The UAE took the lead in the national rankings, beating Brazil in second and Colombia in third.The championship, held under the patronage of His Highness Sheikh Mohammed bin Hamad Al Sharqi, Crown Prince of Fujairah, saw heated contests with plenty fervour, rivalry, and superb skills. The dramatic final day concluded as Commando Group Academy took the title, surpassing AFNT, which finished second and Sharjah Self-Defence Sports Club in third.

Brigadier Ahmed Hamdan Al Zeyoudi, chairman of the UAE Taekwondo Federation, His Excellency Mohammed Salem Al Dhaheri, vice president of the UAE Jiu-Jitsu Federation and His Excellency Youssef Abdullah Al Batran, UAEJJF Board Member, were among the guests who attended the competitions on the second day.

“I express sincere gratitude and appreciation to His Highness Crown Prince of Fujairah for his patronage for the championship,” said Al Batran.

“His Highness Sheikh  re its prosperity and contribute to consolidating the country’s position as global capital for the sport.”

“The Fujairah International Professional Jiu-Jitsu Championship is becoming more and more significant and offers the perfect environment for developing future champions who can honourably represent the UAE in various international forums and championships. The strongest evidence of this is the fact that it was able to draw in more than 800 male and female participants from 50 different nations across the globe,” he added.

Zayed Al Kathiri, the star of Baniyas Club and the national team, won the gold medal in the 62kg weight category at the championship, his first official competition in the black belt division. He defeated Brazilian Bruno Borges in a match that stoked the passion of the spectators.

“I am overjoyed with this first black belt accomplishment. Competitions in this category are different from others as the participants are very strong and experienced. I approached most of my fights today with optimism, careful analysis of my opponents’ styles, and a total dedication to the technical staff’s instructions, all of which contributed to this success.”

Elsewhere, Obaid Salem Al Nuaimi of the Al Jazira Club, who took gold in the 56kg professional division, added: “The path to success was not simple considering the presence of a group of the strongest opponents.”